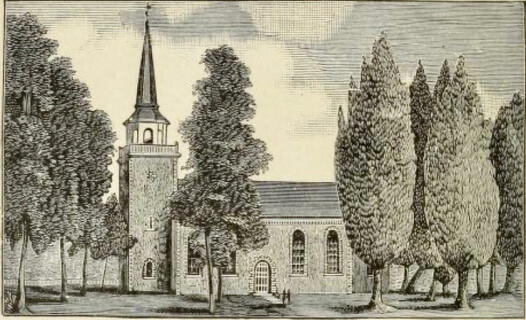 Saint John's Church is a distinguished church building designed in 1872 by the architect Edward Tuckerman Potter. Part of the earlier 1752 Colonial church is preserved and incorporated in the 1872 church, thereby being one of the earliest examples of historic preservation in America. The original church was funded by Frederick Philipse II, Lord of the Manor of Philipsburg, one of the most important manors in New York State. This architectural fabric is the oldest stone Episcopal Church in New York State.

Founded on 21 September 1693 by an Act of the Third Assembly during the reign of King William and Queen Mary, joint monarchs of England, Scotland and Ireland, the congregation, however, began work here as early as 1684.  The first project in the parish was the founding of a school in the Mile Square area of Yonkers. This begins a long history of community service. St. John’s and its parishioners were major contributors in the founding of St. John’s Hospital. In recent history this parish was instrumental in founding C.L.U.S.T.E.R., an agency to support people in need, and the Sharing Community which has helped thousands make the transition from homelessness to mainstream life.

The primary mission of Saint John’s is spreading the Gospel and healing message of Christ's love for the world. In continuing this work, the people of Saint John's Episcopal Church support all who pursue peace and joy through the love of God and neighbor. We give thanks to God for over 325 years as a parish, and pray that we may be the hands and feet of Christ in our neighborhood of Getty Square. May God richly bless you, and grant you faith, courage and peace.